The Company “Mayak” and “Zori Ombachaev”  have 11,000 hectares in the Nosiv and Bakhmach districts of Chernigiv  region. On these lands grows corn, soya, sunflower, wheat. Last year, at these farms, together with AgriLab, they began an experiment to improve the use of resources through the use of  field data. Integrated agrodiagnostics is an innovative solution that not only determines the real state of the field, but also becomes the basis for constructing an agrotechnological strategy, taking into account the correlation of various factors – weather, climate, economic, in order to ultimately obtain maximum yield for optimum costs, while maintaining the soil fertility . 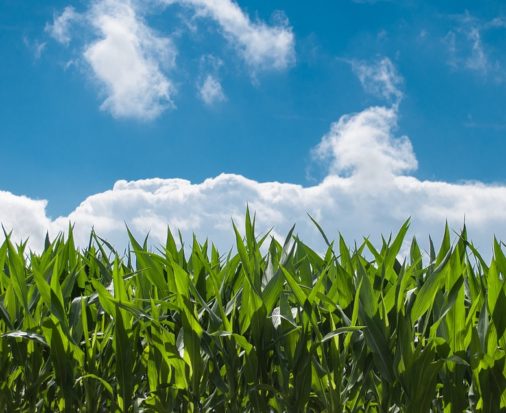 “How can you cultivate soils, not knowing what is in them? Different plants require different fertilizers. Knowing the composition of the soil, you can plan further actions to get the desired result depending on the goal, “- comments Valentin Zaporozhchuk, president of the Pravio, on his decision to develop the direction of agriculture on the basis of a scientific and innovative approach.

So, to get objective information about their fields, AgriLab has begun complex agrodiagnostics. The first step was the automated selection of soil with GPS. Subsequently, a detailed agrochemical analysis of the soil was carried out for 17 indicators. On the basis of these data, cartograms for the distribution of nutrition supplies by field were developed. The algorithm of complex field agrodiagnostics included analysis of weather climatic data and field history. The synthesis of the results of all conducted researches allowed to determine the field potential and to develop precise and clear recommendations for achieving the optimal yield level.

“After receiving recommendations from AgriLab, we changed not only the formula, but also the scheme of fertilizing. Instead of making one entry, they began to do twice, – says Ivan Ivanov, commercial director of the Mayak company. As for the active substances – the proportions of some elements have decreased, while others have increased. But the main goal of agrodiagnostics was not only to save on fertilizers, but to understand how well we incorporate them correctly, taking into account the specifics of our soils. Accordingly – to increase the profitability of production at the expense of higher yields, and not only reducing the cost of resources. Saving on fertilizers is good, but not the main thing. In some fields, we increased the rate of spending on some crops, but also increased profitability due to higher yields. ”

According to the group of companies, according to the chief agronomist, this year is one of the best corn yields. As for the results of sunflower and soybeans, they turned out to be somewhat lower than expected. The reason for this lies in abnormal weather conditions, which are quite “bouncing nerves” to agrarians in the summer. But about the wheat yields in the economy reached a clearly planned performance.

“In recent years, our wheat yield was 40-43 c / ha. And this year (2017) we have received significant positive changes, a significant contribution to adjusting the power system and obtaining the result thanks to AgriLab – so we reached the target, I would even say – a record yield of 55 c / ha. This is a good result for us, “Ivan Ivanov shared.

Conducting a comprehensive field agrodiagnostics allowed to Pravio to minimize risks and optimize production. Enterprises will be able to rely on the recommendations received for several years, as their development takes into account future crop rotations (three crops in the field on request). So complex agrodiagnostics is not a one-time solution to a particular task, but an effective tool in the hands of agrarian.

Conducting comprehensive agrodiagnostics – the foundation for further development of precision agriculture. Namely, these technologies are the future of agribusiness. And in Pravio it is well understood. 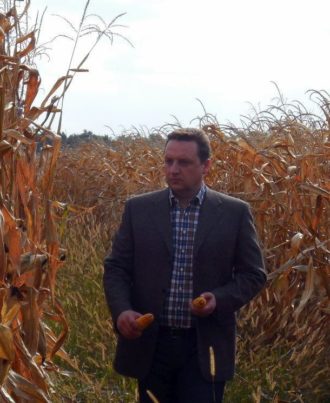 “Soil analysis is an investment. Those who do not make it will eventually face a constantly growing competition: the rent increases, so the land needs more efficient use for maximum profitability. If this does not happen, then it will be difficult to make time demands, and agrarians who do not develop in modern innovation directions will be uncompetitive. The soils we treat are variegated. Therefore, the question of the implementation of precision farming is relevant to us. His first step was a comprehensive agrodiagnostics. The next step, which we will do, knowing the composition of the soils, is the selection of technologies for making precisely those substances that require a specific field of the field.”