“Biotech” is a well-known company on Ukrainian agro-market. The company is known not only because of high-quality products – “Biotech” mess potatoes to the residents of the capital and the surrounding areas – but also through the innovative technologies that the company actively introduces in its fields.
Biotech has been operating since 1994. Initially, the company specialized in vegetable growing on its land in Kyiv (1050 hectares) and Chernihiv regions (900 hectares), and from 2012 – completely has reoriented to potato-growing.
“Almost all the” borscht set” was grown: potatoes, cabbage, beets, carrots, and cucumbers, – recalls the head of the enterprise, the doctor of agricultural sciences Anatoly Bykin. But later these crops were displaced by potatoes.”
In place of the old traditional methods of agriculture, the company boldly introduces the latest approaches. For example, since 2009, the technology of minimal soil cultivation has been implemented here, which has significantly improved the soil structure and the quality of the potato. 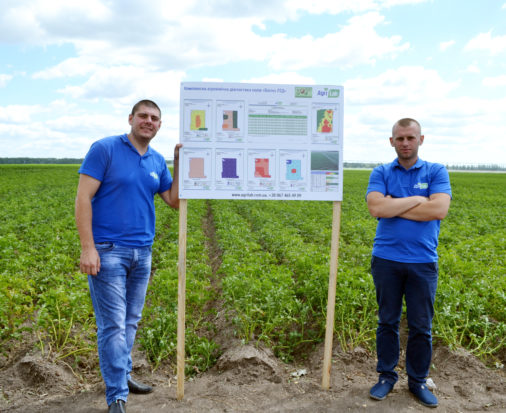 The year before Biotech decided to experiment – to conduct soil analysis in a traditional way and using modern methods by AgriLab. Anatoly Bikin was sure in the correctness of this decision, because he has heard about AgriLab a long time ago.
“Iaroslav Boiko (CEO of AgriLab) is a graduate of our faculty, defended the candidate’s degree at NUBiP. When he was working in Drujba Nova, I visited his laboratory and was pleasantly impressed. In the end, in 2016, our cooperation with AgriLab began. We decided to carry out an analysis of 147 hectares of field, where wheat was grown. And for the experiment, in parallel with AgriLab, we made an analysis according to the traditional method”, – says Anatoly Bikin.
Using the automated sampler, AgriLab picked up soil samples in one day, while manually having to spend 2 days on sampling. After that AgriLab conducted an agrochemical analysis, identified heterogeneous zones, estimated the potential of the field and calculated the recommended fertilizer rates. The results, obtained by the traditional method, were roughly the same, but for much longer time.
“I was sure in the quality of AgriLab’ s work, because there are a lot of our graduates in the company, the best graduates I have known since their students,” adds Anatoly Bikin.

5 heterogeneous zones with different level of nitrogen supply were identified according to the results of analyzes. These data allowed us to use the differential fertilizer application and avoid unnecessary costs for unproductive areas. The results are noteworthy: crop growth ranged from 0.2 to 0.6 t / ha. But this is just the beginning.

“We do not stop only on differentiated fertilization. This is just the first step. Our goal is to raise the production organization to a much higher level. And this is possible only with the help of innovative technologies and AgriLab. We are ready for implementation of the accounting system, GPS monitoring, etc.”, – Anatoly Bykin shares his plans.

Precision farming is riveting. AgriLab’s experience shows that farmers, who have implemented one technology, usually do not bother with the introduction of the next. After all, each such innovation enhances the effect of the previous one, increasing the efficiency of resource use and, ultimately, the profitability of the enterprise. 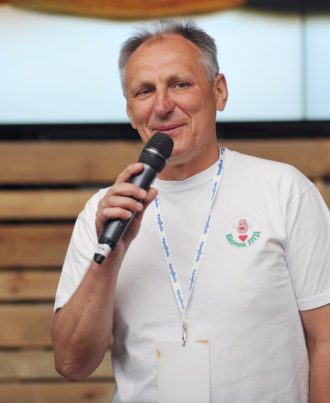 Anatoly Bykin
director of the "Biotech"

5 heterogeneous zones with different level of nitrogen supply were identified according to the results of analyzes. These data allowed us to use the differential fertilizer application and avoid unnecessary costs for unproductive areas. The results are noteworthy: crop growth ranged from 0.2 to 0.6 t / ha. But this is just the beginning.