Spring demonstrated its volatile character in full this year. The amplitude of the weather variability was run high. There was early warm snap, unexpected frost and abnormal drought. However, even under such extreme conditions that agrarians, who use the latest precision farming technologies have every reason to hope for a profitable crop.
The experience of the “Altair” company from Cherkasy region is a speaking proof of it. The enterprise cultivates grain and technical crops – wheat, soybeans, corn, sunflower. The company has a lot of experience in the agricultural business. “Altair” has been working since 2003. However, this year was quite difficult for company due to significant increasing of fertilizer prices and extremely unfavorable weather conditions. 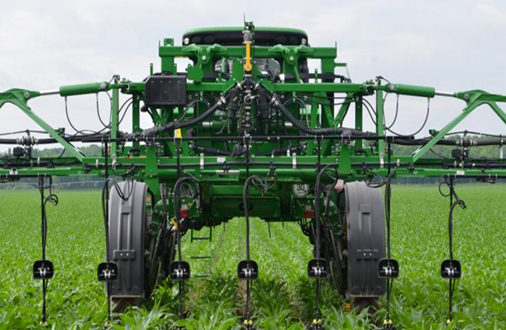 “The moisture was the lowest for the last 10 years in Cherkasy region. It was not any rain after the corn sowing. In addition, the great damage was caused by spring frosts, so one field had to be completely transplanted, – says Grigory Plichko, director of the “Altair”. However, the risks have been minimized by modern innovative approaches to crop production.”
The first step for efficiency improving was the qualitative soil analysis. “We have observed yields inequality in our fields – there were more sprouts on one fields and were less on the others, but I would like to get better results and to understand the causes of heterogeneities,” says Grigoriy Plichko.
Is necessary to select the soil samplers with a GPS link to determine the causes of heterogeneities in the field. During the choosing of the executor, “Altair” decide in favor of “AgriLab”. There were several arguments in favor of this decision: the first one is real practical experience and acknowledgment in Ukraine as experts, as well as the latest technologies, in particular modern automated samplers that provide the same depth and fixation of the place of selection, the second – the analysis of the soil is carried out in the world-renowned laboratory WARD (USA), which guarantees the quality and reliability of the research results.

The soil analysis helped to understand the causes of yields inequality and to determine the natural potential of the field. However, the company “Altair” decided not to stop on this and has implemented the technology of variable rate fertilization, based on the received analyst. For this purpose, at the farm, they bought a smart sprinkler BOGBALLE, which makes fertilization in accordance with the maps by “AgriLab”. Taking into account the high price of fertilizers ($700 / ton), the efficiency was improved by variable rate fertilization due to the correct distribution of nutrients in the field on the basis of agro-chemical analysis and developed recommendation.

Also, the weather monitoring system were implemented in addition to VRA-fertilization. That allows to observe the state of the field and determine the problems of crops in moisture. This technology was as relevant as ever in this year.
“Agribusiness – it’s a very risky thing, due to constantly rising of resources. However, the introduction of precision agriculture and soil analysis allow the farmer to properly spend economic resources according to the potential of the fields and to minimize the risks and their consequences,”- concluded Grigory Plichko.

The climatic and economic challenges faced by agrarians every time with new force make us think again about precision farming technologies. Experience has shown, that companies, that use modern technology and soil analysis are always in a win. And the weather is not a problem. 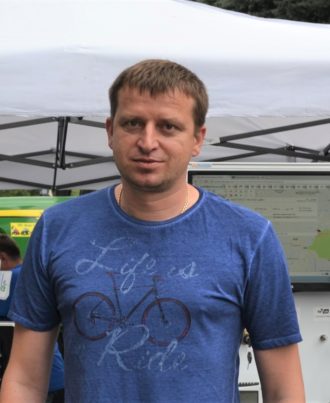 Grigory Plichko
Director of the “Altair”

We have observed yields inequality in our fields – there were more sprouts on one fields and were less on the others, but I would like to get better results and to understand the causes of heterogeneities”