Ichnyansky cluster of the “Rostok-Holding” group can be called “the territory of innovations”: modern approaches and differentiated technologies are confidently being introduced. And the company despite the weather “cataclysms”, have high results. 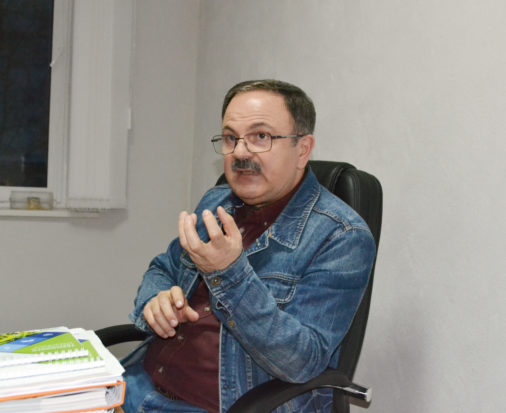 The aim of project

Serhiy Yuriev, undoubtedly, is an authoritative, well-known specialist in the agro-sphere. Three years ago, he headed the department of the Ichnyansky cluster of Rostock-Holding. And he started his work from soil analysis and nutrition system optimization.

“There is some kind of professional intuition on which agronomists rely. We see: these fields are better, those are worse, but what is the reason of it? The answer in the results of agrochemical analysis. These data allow us to improve the system of nutrition and fertilizer technology”, – Sergey Yuriev told.

So the company decided to conduct a soil analysis.

After analyzing the approaches offered by various laboratories, Serhiy Yuriev, who is agrochemist himself, preferred an integrated agro-diagnosis methodology by AgriLab.
What are the benefits of this method of analysis?

First, soil samples are taken using an automated sampler with a GPS-binding to the point of selection. This allows us to understand what nutrition elements in deficit on every section of the field. Secondly, the analysis are done in a wide range of indicators, taking into account weather and climatic factors, history of fields (crop rotation), mechanical state of soil and other limiting factors. And very important stage of agrodiagnostic by AgriLab is calculation of natural potential of the field and this is the factor that allows to get more profit at the optimal cost.

“Why do we need to do soil analysis? For example, corn is critically sensitive to phosphorus, even with sufficient supply, in the early phases of development. In the cold weather, the phosphorus in the soil is poorly digested. So, we should input it anyway… It was important for me to understand are we doing the right thing or not. Soil – this is not a human body, where we treated something and have a result. The field is huge and it’s technically difficult to correct something. But the correct choice of averaging is based on these data. AgriLab, when it makes an averaging counts on a point – at one pH of 4.5 in another – 6.5. Accordingly, different availability of nutrition elements. Therefore, we must first count on each point, and then make averaging”, – Sergey Yuriev said.

Also, comprehensive agro-diagnostics by AgriLab includes analysis of weather and climatic conditions. After all, only on the basis of all these data it is possible to choose the optimum system of nutrition and introduction of fertilizers. This approach has a good results – it convinces on the experience of Ichnya cluster of “Rostock-Holding”.

“For example: in 2016 was a large amount of rainfall. So, yield was 87 centners in the offset of 1 hectare of corn, on black soil – in individual fields reached almost 150 centners in physical weight, on sands – 70-75 centners. In 2017 the rainfall were twice less during the vegetation period. But our yield was higher – from 5 to 20 centners, but on black soil was less, because the moisture not allowed to get higher. But the result of the sandy soil was very good: we optimized the nutrition system and the moisture was used more rationally. What have we done for this? On sands, nitrogen fertilizers were introduced in 2 receptions. On the black soil we input nitrogen fertilizers for 1 time and on sandy soil we divided the full norm into 2 parts – the first one was made before the pre-planting, the second (KAS 32) – in the intermediate row, locally in the phase 5-7 leaves of corn. Before that, CASs were introduced by spraying with applicators and 50% of nitrogen was lost. So, we optimized the nutrition system on sandy soils. Therefore, the total yield on all types of soils was slightly higher than in the previous, more humid year.”

Also the technology of sow nutrition was improved. ” In the sowing of crops, we introduce simultaneously 2 types of integrated fertilizers in different layers, so the nutrients are positioned better placed relative to the seeds -low amount of microfertilizers put near the seeds for a quick start, the second (the bulk) 4-5 cm towards and 4-5 cm deeper than seeds to feed in later phases of growth. ”

In “Rostock Holding” planned yields are usually performed, sometimes – and overfulfilled. But the main thing – in another, says Sergey Yuriev, – it is important to determine the optimal balance, in which the yield and the cost of its achievement will give maximum profit. And this is another advantage of a comprehensive agrodiagnostic by AgriLab.

The pursuit of yield is outdated approach. Today we must try to achieve better efficiency, because higher yields do not guarantee better economic results. 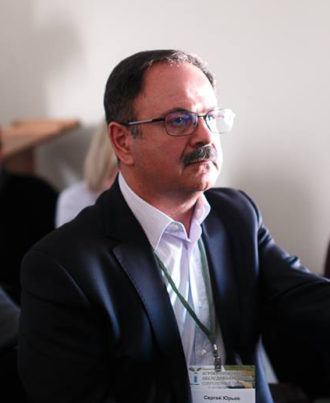 “Soil – this is not a human body, where we treated something and have a result. The field is huge and it’s technically difficult to correct something. But the correct choice of averaging is based on these data. AgriLab, when it makes an averaging counts on a point – at one pH of 4.5 in another – 6.5. Accordingly, different availability of nutrition elements. Therefore, we must first count on each point, and then make averaging”.